Cost estimators collect and analyze data in order to determine the time, money, materials, and labor required to manufacture a product, construct a building, or provide a service. … They generally specialize in a particular product or industry.

An average commercial steel building costs between $25 and $35 per square foot, including building package (I-Beams, purlins, girts, etc.), delivery, foundation, and the cost of construction.

Since many retail & commercial buildings require additional finishing like insulation or façade customization, the cost may rise to $45 or $55 per square foot (SF).

Comparing the figures in the cities such as New York, Washington, Boston, Philadelphia, and Raleigh Durham, we have developed the average construction cost estimates per square foot in Eastern U.S. On the high end, the average construction costs of a single-story commercial building are $361 per square foot, while it is $301 per square foot on the low end. The average costs range between $599 on the low end and $719 on the high end for the mid-rise office buildings. High-rise buildings are the most expensive, with highs and lows of $827 and $688, respectively.

The neighborhood strip centers average high and low costs of $371 and $309 per square foot. Shopping malls in the Eastern U.S. are also expensive, ranging between $461 on the lower end and $554 on the higher end.

The average cost of a three-star hotel on the lower side is $489, while the cost shoots up to $604 on the higher side. However, the prices of a five-star hotel are almost one and a half times more, with the costs ranging between $677 and $871 per square foot.

The costs range between $317 and $381 on the lower and higher end averages in school constructions.

Neighborhood strip centers in the Western U.S. average highs of $413 and lows of $261, whereas the shopping malls have highs and lows of $575 and $442, respectively.

When it comes to school facilities, the costs range between $341 and $417. The construction costs in Honolulu are, however, significantly higher by $10 per square foot.

Due to climate differences, the building costs in the U.S. Midwest vary. However, the expenses are averaged from three cities in the Midwest: Denver, Nashville, and Chicago.

When it comes to a single-story commercial building, the costs average highs of $298 and lows of $237 per square foot. The cost of a mid-rise building averages $454 on highs and $556 on lows. High-rise buildings are a bit expensive, with highs and lows of $689 and $554.

In the Midwest, neighborhood strip centers are cheaper compared to other regions in the U.S. The costs range between lows and highs of $284 and $340, respectively. 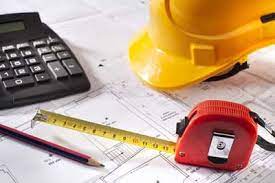 The average construction costs in the Southern US were taken from cities such as Dallas, Orlando, Atlanta, and Miami.

As for educational facilities, the school buildings cost between lows of $217 and highs of $260.

Commercial Developers are in a unique position where they need to determine sometimes before plans are even produced or finalized. That’s where we come in.

Because we’ve estimated more than $1.5 Billion in projects for our clients, we have the expertise and historical data to prepare preliminary pricing very early on in the planning.

At world estimating, we promise:

Cost to Drywall a House

Cost to Drywall a Basement