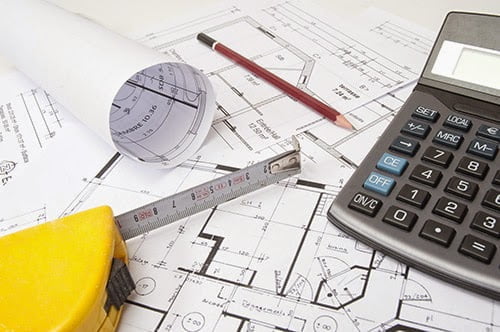 Posted by In Blog, Drywall

When it comes to hanging your drywall sheets, the basic question is how many screws per sheet of drywall?  Every drywall expert has their own opinion on how many screws for drywall are required. However, it is important to ensure you use the perfect amount of screws in the right places is crucial. Failure to do so can lead to a slew of issues, including cracking, deformation, and screw pops. Performing repairs in this situation takes up a lot of time but also adds up additional expenses in the budget. This is why it’s critical to hang drywall properly the first time around.

How many drywall screws per sheet?

Keep in mind that the number of screws to use depends on the size of the drywall sheet. The guide to drywall installation screw pattern for drywall is as follows:

Every 12 inches is the recommended spacing for the installation of drywall screws, as recommended by a basic rule. When installing sheets with a width of 48 inches, this indicates that there will be five screws in each stud when the sheets are hung parallel to the framing. Two of these screws will be located on the edges, and the remaining three will be located in the field. In order to prevent “break-out,” the screws around the border should be spaced at least ⅜ of an inch from the edge.

Why Use Screws to hang Drywall?

Hanging drywall using screws is the method that is both the most secure and the most efficient. Drywall can be attached to a wall using either nails, screws, or adhesive. Since drywall is so thick and hard to pierce, screws might be the best option because they stay in place more strongly. Plus point is you won’t have to use nearly as many of them.

Can I put too many screws in the drywall?

Do not use an excessive amount of screws. When attaching drywall to walls, It is recommended to space two screws every 16 inches in the field, and one screw every 16 inches around the edges. The spacing between the ceiling joists is 12 inches.

Drywall screws of either size 6 or 8 will serve you well in the vast majority of situations. It is important to keep in mind that the screw will have a greater diameter as the gauge number increases. Therefore, a drywall screw with a number 6 would be more narrow than one with a number 8. Even while this might appear to be common sense, many of the materials used in the residential building actually work in the opposite direction.

How far should drywall be off the ceiling?

In point of fact, when you are hanging the ceiling, you need to keep in mind that the drywall on the walls will cover about half an inch of the perimeter along with the ceiling. And the same principle applies to the interior corners of the walls. Therefore, you can safely cut these pieces at a thickness of 1/4 inch.

Can you put 2 layers of drywall?

When there is a need for improved fire resistance or less sound penetration, it is often necessary to use double or even numerous layers of drywall. You can join all of the layers using the typical method of using screws, but an alternative method that works well is to use glue to attach the topmost, often known as the “face” layer.

Should drywall seams be on studs?

Drywall should be on a Stud.

Every edge of every sheet of drywall has to rest on a solid surface, like a stud, in order to be properly installed. It’s possible that hanging the drywall edge will work in the short term. But in the long run, it could lead to cracks and other significant wall difficulties. There are some instances in which the drywall does not reach a stud horizontally.

The process is considerably simplified thanks to the fact that drywall screw guns can be pre-set to drill screws to the appropriate depth. However, the vast majority of homeowners decide to make use of a device that is already in their possession: such as a cordless drill.